What's In the Vegan Travel Guide to Japan?

The Vegan Travel Guide to Japan is a nine-hundred-page travel guide to Japan. It is written for non-Japanese, vegan (or vegetarian) travellers to Japan. It covers most cities which are visited by first-time visitors to the country. Unlike traditional vegan guides, which focus mostly on food and restaurants, Vegan Travel Guides are complete travel guides which cover everything a foreign traveller to a country needs to know for an easy, stress-free trip which includes the best tourist attractions and vegan restaurants. Besides vegan restaurants and tourist attractions, the Japan Vegan Travel Guide also covers public transport, discount passes and other travel practicalities, and a discussion of the history, politics and religion of Japan from a vegan perspective.

Attractions and vegan restaurants are combined into easy-to-follow outings, with step-by-step directions, so that the vegan traveller can plan their travels at a glance based on the weather and day of the week, saving hours of planning time and preventing disappointments of finding restaurants closed or unbearable crowds.

The first two publications (for Taiwan and Japan) are the world's first complete travel guides written for vegans.

Which Cities are Covered? 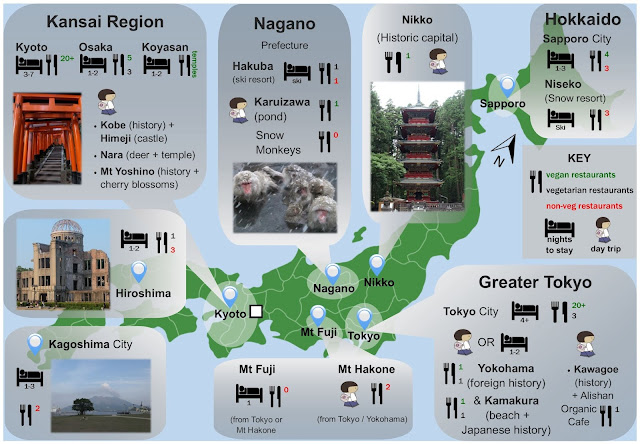 While they can be used by the traveller to find their way around, maps are intended to offer an overview of a city or town, so that the reader can see at a glance where the train stations, vegan restaurants and main attractions are, and how to travel between them. Step-by-step walking directions, and links to Google Maps, are provided in the text of the book.
Maps include weather, budget and preparation for each outing. 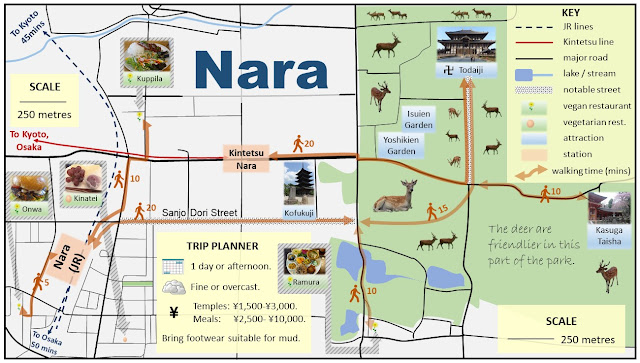 The key attractions in Tokyo are separated into four itineraries, with optional extra for Tokyo Disneyland, Disney Sea, and the shopping island of Odaiba. Kyoto is also separated into three itineraries with a separate list of attractions around Kyoto Station which can be visited at any time. Of course, all itineraries combine attractions, vegan or vegan-friendly restaurants, preparation, costs and other necessary practicalities to make following them easy and enjoyable. 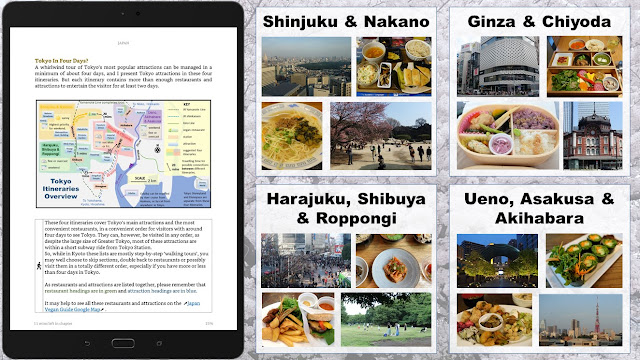 In most smaller cities and locales, attractions and restaurants are listed separately, because they are mostly reachable on foot from each other, and most people only choose a small number of each and plan their own day accordingly. 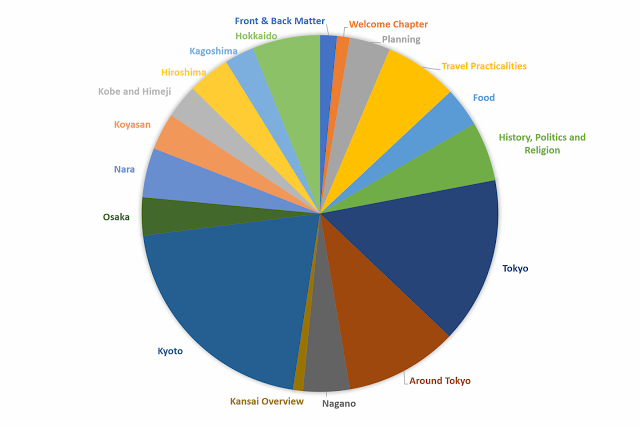 Japan serves some of the best vegan food in Asia, if not the world, especially its famed Buddhist shojin ryori (literally "devotion cuisine"), and vegan macrobiotic restaurants can be found all over the country. But Japan can also be extremely difficult to travel in as a vegetarian or vegan because small amounts of fish and other animal products are used in every meal. This chapter covers the different types of Japanese cuisines, popular Japanese chain stores which serve vegan food, and of course the uniquitous convenience stores.

Almost a hundred vegan and vegan-friendly restaurants are recommended throughout the book in the sections for each city or region.

Japan is deservedly famous for having the most advanced but also one of the most expensive railways systems in the world, and it can be overwhelming for many first-time visitors to the country. This chapter covers the many different types of trains, discount passes other practical information needed to travel around Japan as efficiently and affordably as possible. 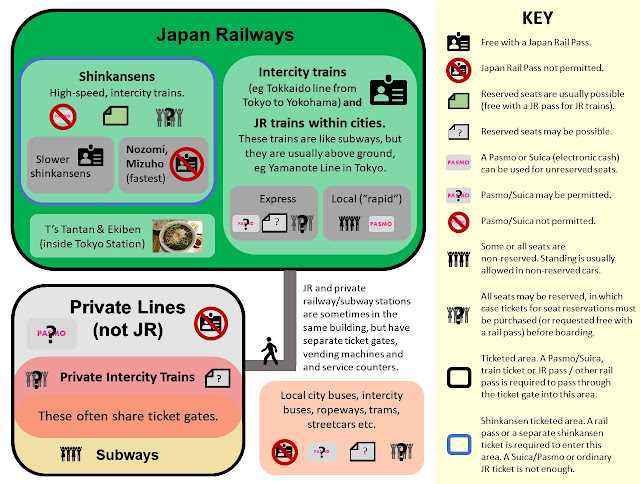 The book also covers the myriad of accommodation options in Japan, from high-end ryokans (traditional, high-end Japanese lodgings) to kapuseru hoteru (capsule hotels) and the affordable, efficient "business hotels" which are (despite their name) perfect for travellers.

Which Areas are Not Covered in The First Edition?

This guidebook covers most if not all cities and attractions which are commonly visited by first-time travellers to Japan.

Every city and every suburb in Japan has something interesting to see or do, so it's difficult to specify which regions which could be of interest to a traveller aren't included, but popular areas which are not covered in the first edition include the southern island chain of Okinawa, and Kumamoto on the southern island of Kyushu. The guidebook includes climbing Mount Fuji, but not the Fuji Five Lakes area, which is very beautiful but is difficult to travel around without private transport. I hope to include these in a future edition.


Buy the Book or Download a Free Sample on Amazon.com
Posted by Jesse at 21:45